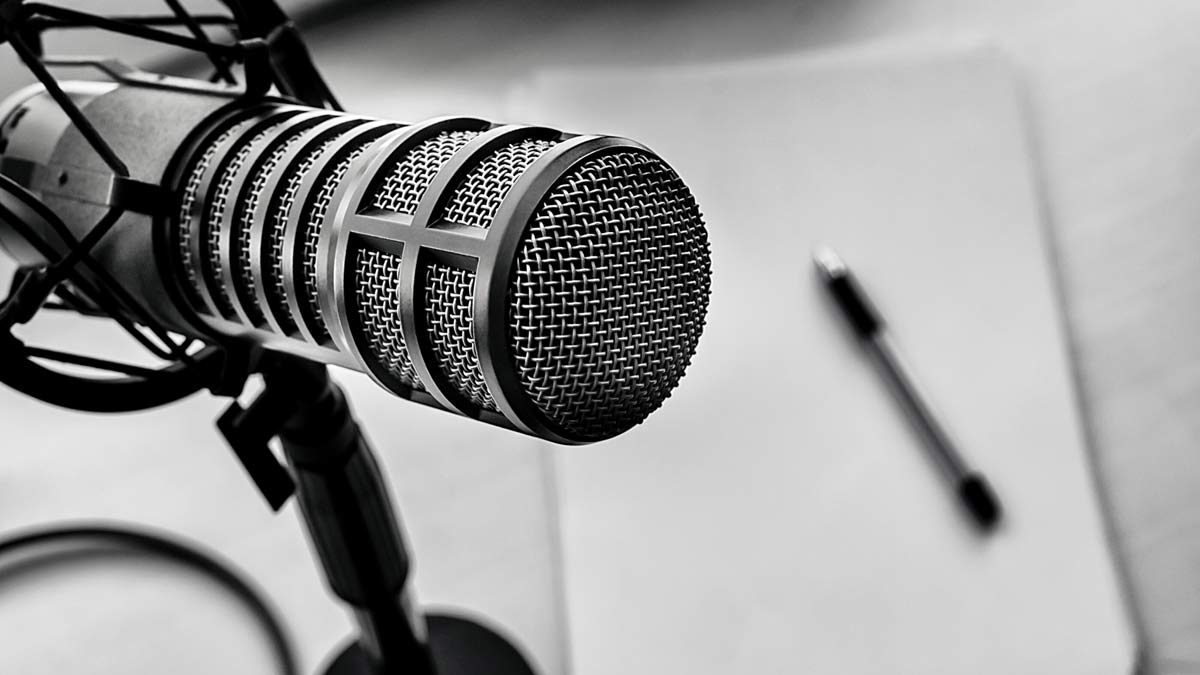 Structuring… a podcast, you say? Did I read that correctly?

You better believe it.

But why can’t I just dive right in and start talking? Isn’t that the point?

If you want your content to flop, then sure.

Storytelling is powerful. There’s no argument there. Whether you’re the teller or listener, stories should stir up emotions and make people feel something. If you want your podcast to succeed, it must be comprehensible and logical. You need to grab your audience’s attention, build tension, and then come to a rewarding conclusion.

Let’s go further. You got this!

Three-Act Structure isn’t just for films and novels. If you take a closer look, you’ll find this model everywhere around you. And it works. We all know that on some level, stories must have a beginning, a middle, and an end. No matter the context, each act fits together to craft an undeniably entertaining and engaging podcast. Don’t just take our word for it - see for yourself. 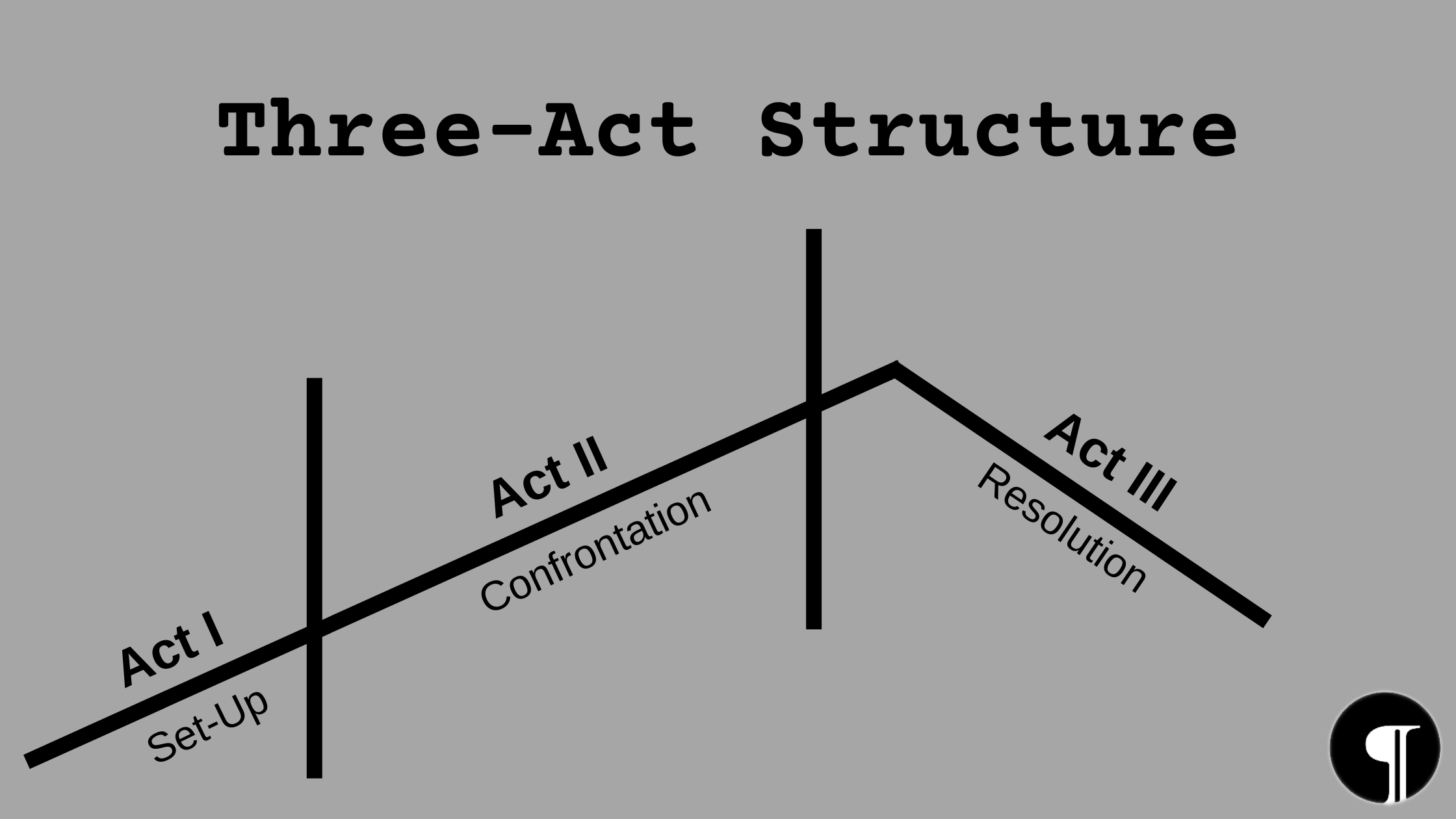 The first act of your podcast is the set-up for the story ahead. It should include an opening - a short introduction to the episode name and number. Sometimes, this can involve some sort of catchy song or jingle.

The goal of Act I is to establish the setting, meet the characters (in many cases, hosts and guests), and build their world. Here, you must create the stakes and set the scene with a conflict. Include a call to adventure that forces the characters to act.

The beginning of every story is so critical, especially in a podcast. You want to make sure to grab the audience’s attention and peak their interest in the topic right off the bat. Compel every one of your listeners to find out more.

We understand that this may sound a bit heavy for a podcast, but it should definitely contain these elements. Remember, you’re telling a story!

Also keep in mind that if your audience isn’t paying for this content, there is nothing stopping them from bouncing right out of that tab. So, don’t hold back - make your introduction dramatic and unique. First-time listeners won’t stick around after a weak beginning.

The second act of your podcast is the confrontation. Here’s where the drama of the journey really begins. Time to raise the stakes and deliver the promises you made in the memorable introduction. Now, the characters deal with challenges and obstacles in their way.

You want to give your audience an entertaining story they can actually relate to. In order to achieve that, it’s imperative to include real-world plot twists and problems. If your characters already have everything they need to solve their conflicts, the narrative is predictable and boring, and it will fail.

The heart of your story needs ups and downs to captivate your listeners. If you’re doing a solo show, mention your own personal missteps and failures. If you’re bringing in guests, make sure to challenge them. Push them to elaborate on their errors and struggles.

The final act of your podcast is the resolution. Here’s where you iron out the plot and any major subplots of the story. Act III should include a climax where the tension is raised to its fullest, and then ultimately satisfied.

Make sure to avoid letting your story fizzle out. You want to reward your listeners for following the podcast with a memorable pay-off. Provide them with closure and a lesson learned.

To conclude Act III, top off the episode with a call to action. Whether it be to buy a product, follow a social media account, or just continue listening to the podcast, include clear directions and a compelling incentive.

# The Proof Is in the Podcasts

We guarantee that many of your favorite podcasts follow Three-Act Structure in one way or another. So now that we’ve got the template down, let’s back it up with a few successful examples.

The popular Alice Isn’t Dead (opens new window) podcast uses Three-Act Structure in its episodes. In “Part 1, Chapter 1: Omelet,” we hear a woman speaking eerily to a woman named Alice. She gives a short monologue that immediately grabs the audience’s attention and leaves them wanting more. Introductory music follows, along with the names of the team, and the title of the episode.

Act II gets into the root of the chapter. Listeners find out the meaning behind the vague episode name, and we learn more about the characters. Clearly, there is much more to the story, and we want to listen on.

Finally, Act III ends with more music and a separate voice stating the call to action, encouraging the audience to visit various other websites.

Although short-and-sweet, the 10 Things That Scare Me (opens new window) podcast also follows Three-Act. In the well-known “Rob Lewis” episode, Act I starts off with a voice stating the podcast’s name, its sponsors, and the father company. Appealing music follows, and the speakers meet each other.

Act II gets right into the content people are expecting and waiting for - the guest’s 10 biggest fears. Here, Rob Lewis discusses various chilling topics such as heights, deep water, and ending up alone.

The third act wraps up by summarizing the theme of Rob’s fears, and how he hopes to see a light on the horizon, despite his worries. The podcast episode then concludes with more music, information about the team, and a call-to-action asking listeners to visit the website.

As a third and final example, you can find Three-Act Structure in Morbid: A True Crime Podcast (opens new window). In “Episode 33: JonBenet Ramsey Part 1,” the audience gets an introduction to the podcasters as a whole. We learn the title and co-host names, right before some funny banter and music.

The second act gets right into the information listeners are hoping for. We get facts about the crime case, and various interesting theories and opinions.

Act III ends with a call to action for the audience to follow, email, and donate. Before a fun musical sign-off, we’re also left with a promise for more information in the future.

Well, there you have it - all the makings of a successful story. Using structure in your podcasts simply makes them more engaging for listeners. Although the unique examples we mentioned do not all include the same exact elements, they each follow a similar outline.

Story structure is not meant to constrict your verbal creativity. However, if you do not at least have a plan in mind, your podcast might be hard to follow, and it won’t resonate with the audience.

Don’t make things harder on yourself! Start visually planning out your next podcast at prewrite.com (opens new window).