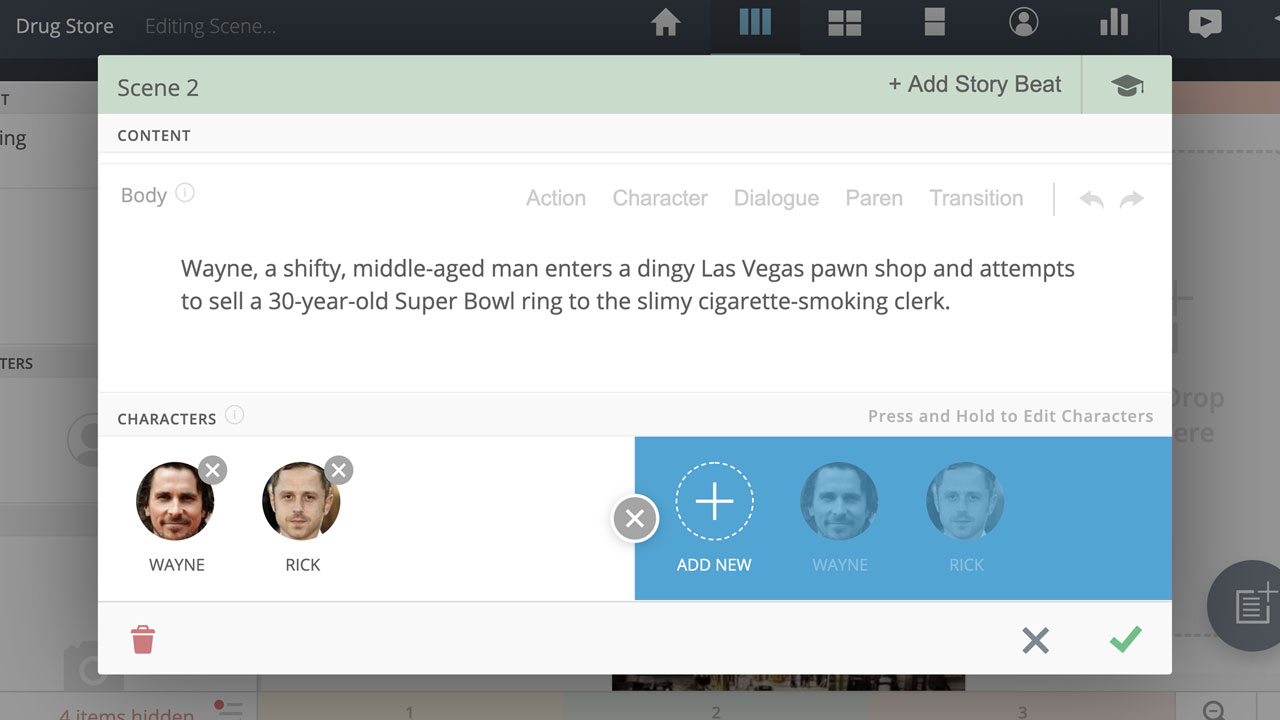 “If one wants to reach younger people at an earlier age to shape their minds in a critical way, you really need to know how ideas and emotions are expressed visually.” ~Martin Scorsese

Today’s learners live in a multi-screen, home-based world, making their educational needs very different from those of students just a couple of decades ago.

Their immersion in screens and technologies has redefined the way they learn: They rely heavily on images, video and other visual input for information, and are used to seeing, touching and interacting with content on a digital display.

65% of the population identifies as visual learners, in fact.

Visual learning allows students to look at problems in different ways and helps them understand abstract concepts. When supported by technologies such as immersive software, visual learning creates a stimulating and engaging environment that is more conducive to retaining knowledge.

Film, television, and web-based entertainment are inherently visual. But these media are all based on scripts.

We’re not killing the script, but we are giving it a new visual interface. Here’s how our visual screenwriting software helps writers create better scripts.

According to Dr. Lynell Burmark, education consultant who writes and speaks about visual literacy:

“…unless our words, concepts, ideas are hooked onto an image, they will go in one ear, sail through the brain, and go out the other ear. Words are processed by our short-term memory where we can only retain about seven bits of information (plus or minus 2) […]. Images, on the other hand, go directly into long-term memory where they are indelibly etched.”

Furthermore, this effect increases over time. One study found that after three days, a user retained only 10-20% of written or spoken information but almost 65% of visual information.

According to the Visual Teaching Alliance:

All this indicates human beings process visual information more efficiently than text. Just see it yourself:

Would you rather describe a setting in mind-numbing minutiae or find the perfect image to represent the landscape? Prewrite enables the latter.

Visuals have been found to improve learning by up to 400%. Also, they affect learners on a cognitive level and stimulate imagination, therefore, enabling users to process the information faster.

"When words and visual elements are closely entwined, we create something new and we augment our communal intelligence ... visual language has the potential for increasing ‘human bandwidth'—the capacity to take in, comprehend, and more efficiently synthesize large amounts of new information."

Our brains are hardwired to recognize patterns. Patterns, in screenwriting, include story beats.

We typically feel screenwriting beats, like how we hear musical beats, but we’ve not been able to see them. Until now.

Visuals cause a faster and stronger reaction than words. They help users engage with the content, and such emotional reactions influence information retention. This is because the visual memory is encoded in the same place where emotions are processed. The brain is set up in a way that visual stimuli and emotional response are easily linked, and together the two form memories. Negative visual depictions are particularly useful for leaving a strong emotional impression.

In Prewrite, you can add images of real actors directly into your scene breakdowns. And that can be the difference between meh and wow.

A con artist enters a pawn shop and attempts to sell an old ring.

Now SEE it in Prewrite: 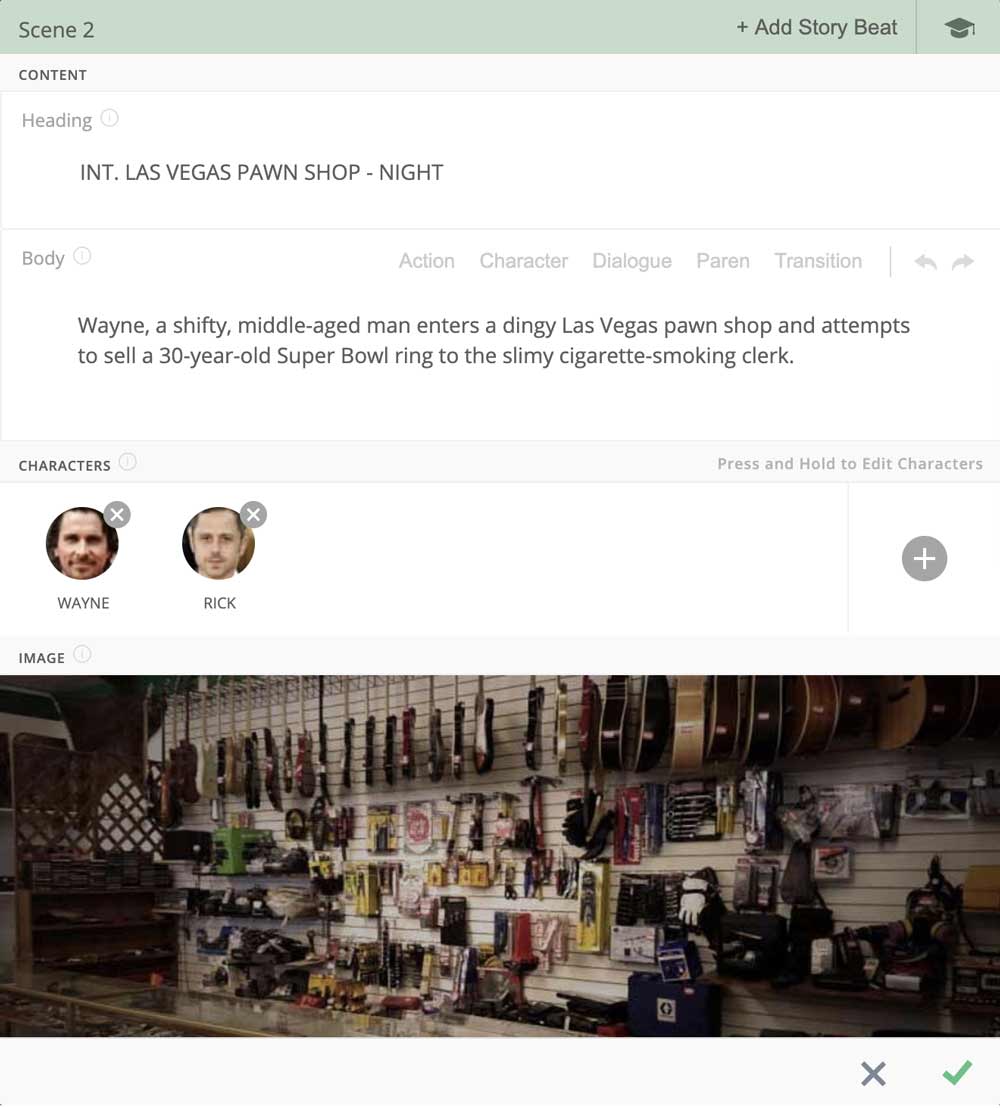 Around 40% of learners respond better to visual information than text alone. Simply seeing a picture allows users to recreate the experience in their mind. Professional screenwriters can benefit from this by showing key story elements through entrancing images and compelling arcs.

Once you put a real face to your characters in Prewrite, you owe it to them to finish your story.

But once you’ve breathed life into your script, you’ll feel far more accomplished than just typing text into a word processor.

Hollywood might be the last industry on Earth that still relies on printed paper products. We think it’s time to change that. Enter in our visual screenwriting tool.